We see that the scariest thing about having kids these days is the fact that they’re so much smarter than we were when we were their age. That and the fact that they have social media. Because before, the most mortifying thing that could happen to you is getting embarrassed in front of the whole school. But now, the probability of you being embarrassed in places outside of your own country has become very high and very real. This is why people having reservations about having their own kids.

But for people like me, too late to be scared, and raising a kid who’s starting middle school, the best thing I can do is be prepared. I want to be able to be there for my children when they have problems. No matter what those problems may be. But, sometimes, no matter how often we remind them of that, you can’t always count on your kids to tell you everything. And that is one of my biggest fears.

Overwhelmed And Not Thinking Straight

The first time my kid ran after me to the garage because I forgot my glasses, I got scared. It was happening. He’s growing up. He’s going to turn into a teenager. The drama, the bullying, the puberty.

Teens aren’t always the smartest little bunch. They do stupid things and are very susceptible to suggestions and peer pressure. They also feel like they can stop telling their parents things and handle things on their own. Sometimes, it’s arrogance, but sometimes, it’s their attempt at being thoughtful and not bug their busy parents about something they feel like they could handle.

But when serious problems arise, and they fail to tell their parents about it, that’s when things can take a dark turn. And that is what terrifies me.

I’ve read about many cases of teens committing suicide because of cyberbullying and other self-esteem issues. No parent wants to go through that. I know a few who, moved by their fear of what they’ve read, attempted to bond with their kids better. But while some succeeded, there was a number that found their kids avoiding them and feeling annoyed by the sudden invasion.

The parents that failed to get through to their children, are the ones whose shoes you don’t want to be in. But while we hope that their relationship gets better, we must focus on getting through to our kids.

See, the problem is parents often try to force methods that they’ve seen work for other people. They don’t think about the consequences of their actions. So even though they mean well, they end up getting the opposite effect that they wanted. Because the kids, more often than not, feel misunderstood and not heard.

There is no specific set of steps for you to follow when it comes to parenting a teenager. It’s going to be very different, overwhelming, and delicate. So take these guidelines, and think about your own child and how he/she might react to each, and think about how you can modify them to fit your relationship.

Be aware with your kids

If you feel like something’s off but you aren’t sure yet, keep a close eye on your child and take note of any drastic changes. Weight loss, style change, failing grades, or any change that isn’t something they usually do.

If you and your child have a very open relationship, ask him/her what’s going on. The goal here is to find out what’s going on so while they talk, it’s important that all you do is listen. Find out everything and ask for every single detail.

If you don’t have an open relationship, engage your child’s friends and their parents and get a feel of anything changing in their world.

After listening to everything they’ve had to say, make it explicitly clear that you’re here for them. Let them know you’re available for them to talk to whenever wherever. No judgments. Make sure you thank them for opening up to you.

If your child hasn’t opened up to you, tell them that you’re there for them anyway. Let them know that you are always going to be there if they need anyone to open up to. It’s important that you don’t force them to talk. Be patient. Being a teenager is stressful enough and if they really are going through something serious, feeling pressure from you is the last thing they need. And it’s one of those parent things that get you the opposite desired reaction.

Sometimes, our kids make some bad decisions because they’re acting out due to our constant absence. It’s time to be more present and present clear rules to them. These rules must be:

Let your kids have fun and go out. But they must call to check in with you.

Establish specifics, e.g. a constant and specific time for curfew.

Open for discussion. If they miss curfew and other rules, allow them to present their case if there is one to be presented.

Troubled kids often just need a distraction. Give them some chores and responsibilities to deal with in exchange for something like an extra allowance. Make sure this distraction will also give them a sense of purpose and get them moving. Encourage them to apply for a part-time job or to do volunteer work. This will get them socializing with other people who are career-driven and compassionate for others.

You may love: 5 Products for Your Kids That Will Let You Live Your Life 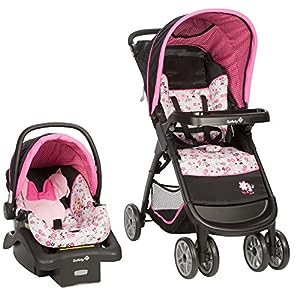